Toronto-based singer/pianist/songwriter, whose love of self expression is present in her original music and cheerful stage presence.
Click on the image to see image in full view.
Site owners may have made their own changes since the original design. Screenshots reflect how the website looked upon delivery.

Mr. Bowers was looking for a simple and straightforward website to showcase his bio, credits, music and recent news. Since his personality is very easygoing, I recommended that we use Squarespace which is a “set it and forget it” platform that requires minimal maintenance 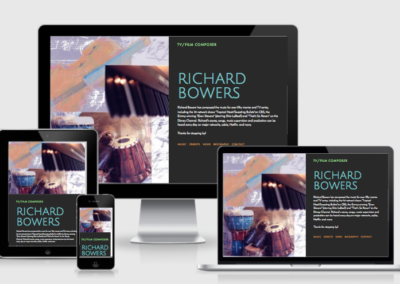 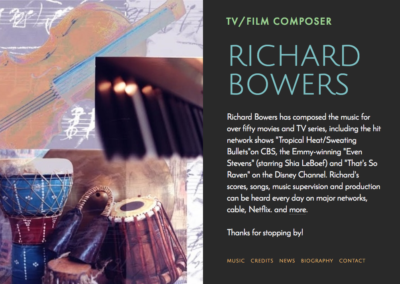 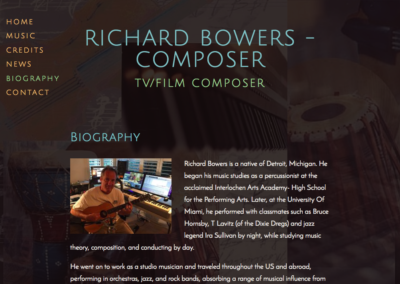 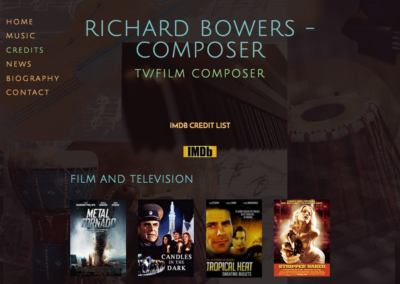 Richard Bowers is an in-demand composer for film and television, including the Emmy winning hit series “Even Stevens” (Shia LeBoef) and the network hits “Sweating Bullets” on CBS and “FBI: The Untold Stories” on ABC. His original compositions can be heard in dozens of movies and TV series, from CSI: Crime Scene Investigation, to  “The Girl With The Dragon Tattoo”. Current projects include movies for the SyFy and Lifetime networks, video games and a TV series on Nickelodeon.